Endometriosis: Is it an Autoimmune Condition? 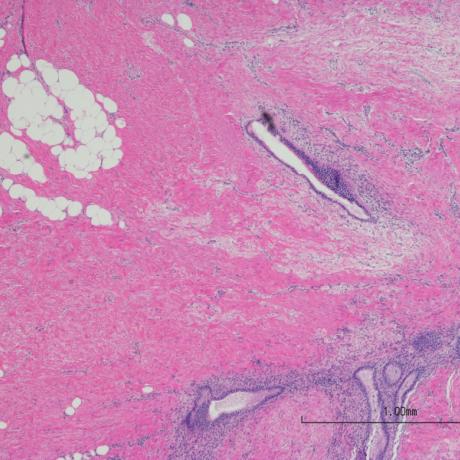 If you’re one of the 1 in 10 women in the U.S. who suffers from endometriosis, you’ve likely been told that surgery is your eventual (or only) option. You’ve consulted several doctors and they’ve all said, “The only way to ease your excruciating period pain, or to have a chance at conceiving a child, is to remove the endometrial tissue that’s causing the problem.”

And in some cases, surgery is necessary. After surgery, some women experience immediate relief from years of pain and suffering that hadn’t previously improved with any other treatment. (Symptom relief after surgery can last up to two years.)

At the same time, there’s an emerging awareness that endometriosis – a painful condition in which endometrial tissue, which should be contained in the uterus, is found in other parts of the body – is caused or exacerbated (or both) by an autoimmune attack on the body.

Which is to say that following an immune modulating protocol may reduce the symptoms of endometriosis.

This is good news because a hysterectomy is the recommended surgery in severe cases (it’s one of the most commonly performed operations in the U.S. today) and is the end of the road for anyone looking to conceive a child; it’s also a major abdominal procedure that can result in months of healing.

Women who live with endometriosis also tend to reach (… and reach and reach) for NSAIDS – “nonsteroidal anti-inflammatory drugs,” including aspirin and ibuprofen, that can irritate the lining of the gut and make inflammation and autoimmunity even worse.

Treating endometriosis naturally
With endometriosis, tissue that is normally found in the uterus is found in other parts of the body, where it causes havoc. Researchers don’t (yet) know exactly how the tissue gets outside the uterus, but, writes naturopathic doctor, Lara Briden, “What really matters is how the immune system then responds [to the tissue]. In a normal situation, the immune system stays calm, and does not react to the endometrial tissue. In the case of endometriosis, something different happens. The immune system makes inflammatory cytokines and auto-antibodies that inflame the lesions and promote their growth.”

It’s been known for some time that other conditions that affect the reproductive organs – like PCOS – respond very well to immune modulation protocols. It will be exciting to watch as new research into the autoimmune-endometriosis connection emerges.

Meanwhile, women with endometriosis may benefit from following a nutrition- and lifestyle-based immune modulation protocol. The healing process may take time – some in the functional medicine community estimate that slowing the growth of endometrial masses can take up to 12 months – but the process is worth it. Even if conventional approaches are eventually needed, the body with a healthy gut, low inflammation, and a strong immune system is better able to rebound – and stay healthy for longer – after conventional treatment.

What immune modulating protocol is recommended to be followed?

I have the same question as

I have the same question as Aggie. What is the immune modulating protocol recommended to be followed?

Thanks for asking, but we can

Thanks for asking, but we can’t answer this in any effective way on a blog comment. We work with clients for a few months on immune modulation.

I was diagnosed with Graves’ disease and about 8 weeks into Jill’s program, I began having symptoms of HYPOthyroidism—because my thyroid levels were returning to normal!