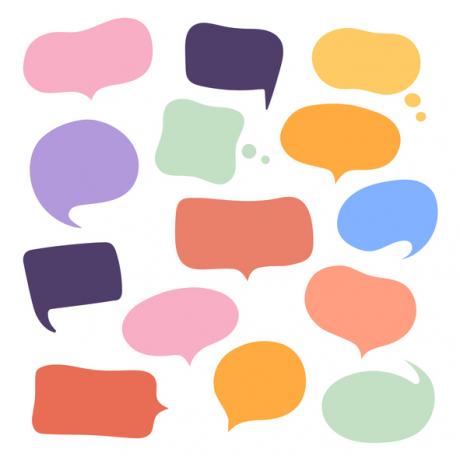 We Need to Talk More About COVID-19 in America

Like you, after­ almost nine months of being inundated with news about coronavirus, I’m trying to make sense of what’s going on with COVID-19 in America.

I’m wondering when we as a society will stop flinching away from each other in fear. When we’ll stop ratting out businesses, arresting medically compromised people, and attacking couples with mace (for not wearing a mask). When hugs will replace masks. And when our children can go back to school without having their temperatures taken, their faces obscured, and their souls filled with anxiety.

I’m a highly introverted health coach. I help people reverse autoimmune conditions like Hashimoto’s and alopecia (two I’ve lived with). Full disclosure: I’m not someone who likes controversy—but I don’t back down from it. Overall, I’m someone who likes to listen more than I speak.

What I’m coming to realize is both controversial and contradictory. It’s becoming increasingly clear that, however well intentioned, our public health authorities—both on the federal and the state level—are failing us.

We were supposed to spend two weeks in a global quarantine that would help “flatten the curve” so hospitals and healthcare workers wouldn’t be overwhelmed.

And it’s time to admit that our country has been making mistakes.

At the end of August, a city commissioner in Michigan, Kim Gibbs, died. Gibbs passed away from complications due to diabetes. She suffered brain damage caused by a diabetic coma.

Commissioner Gibbs, who was also a real estate attorney, was living in such extreme poverty that she had to choose between buying food and paying for insulin, the drug that kept her alive.

Her untimely death is a tragedy that shows how our response to COVID-19 has become as deadly—or perhaps deadlier—than the virus itself. But instead of using her death as an opportunity to talk about how Americans are having to choose between food and medicine, and how the coronavirus response has itself created a crisis, Michigan newspapers instead reported that Commissioner Gibbs, who “downplayed” the threat, tested positive for COVID-19 before she died.

Let’s unpack this. Medical staff tested Kim Gibbs while she was lying unconscious in a diabetic coma. The autopsy showed no signs of coronavirus playing a part in her tragic and untimely demise. Her death had nothing to do with COVID-19 and everything to do with the dangerous mismanagement of COVID-19 in America. Yet the Detroit Metro Times used her death to posthumously cast aspersions and shame.

We still don’t know how deadly coronavirus is. As I’ve written about before, it’s very difficult to have accurate statistics about the acuteness of a disease when we don’t know how many people are infected with it. But what we do know, according to the CDC, is that 94 percent of the people who have “died from coronavirus” had other acute and underlying conditions that contributed to their deaths. It takes quite a bit of digging and these numbers are always changing, but the coronavirus recovery rates should help allay people’s fears.

According to CDC data:

Here we are, just before Thanksgiving, and the mainstream media is telling us that COVID cases are skyrocketing. The governor of California has asked people to wear masks in between bites of food. The governor of Oregon has threatened Oregonians with jail time and fines if they have more than six people from two different families at their Thanksgiving dinners. PCR testing is what is driving these COVID-19 mandates, as well as the lockdowns, shutdowns, and school closures.

But the majority of those testing positive for COVID-19 report having no symptoms. No fever. No headaches. No loss of sense of smell.

Which is why a panel of Portuguese judges reviewed all of the existing scientific evidence about coronavirus testing. They found something shocking: that 97% of people testing positive may be getting false readings.

A positive RT-PCR test does not necessarily mean that a person has COVID-19 or is able to spread it.

Their ruling, issued November 11, insists that “this test shows itself to be unable to determine beyond reasonable doubt that such positivity corresponds to … infection.”

To read a news article about the ruling, click here. To read the judges’ 34-page ruling in its entirety, click here.

Are hospitals really full? Why are so many healthcare workers still laid off?

As my friend, Sarah Copeland, RN, said, “As someone who has worked in critical care and ICU, I can attest that ICUs are always full. That’s just the nature of ICU. As one patient moves out, another is lined up to come in. It’s a very rare event that we have more than one or two beds open in ICU at any given time. In fact, the majority of the time, every single bed is full. I’m not surprised in the least that the ICUs are filling up. We’ve put off so-called ‘elective’ surgeries for months. Many of these procedures have turned into critical emergent procedures. A patient who would once recover on the regular medical/surgical floor may now need a critical ICU bed due to the further damage caused to their body by waiting on a procedure or surgery.

“Fall and winter are historically the busiest times of the year for hospitals. Respiratory viruses increase, and many people wait to have surgery until November/December after they have reached their insurance deductibles. Now add an increase of inpatient population due to Covid, and it’s no wonder headlines are saying hospitals are full.”

Huge push for flu vaccine? Why it’s the wrong approach

Fact: people tend to get sick more often in the winter. Which has left public health officials and educators worried that we will see more infections, more acute reactions, and more deaths from coronavirus this winter.

I was at Walgreens last week. People were lined up waiting for their flu shots. Most of the people in line looked like they were over 65.

We know, from the peer-reviewed science, that vaccination against the flu actually makes people more susceptible to getting coronavirus. In a study of the influenza vaccination status of 6,120 Department of Defense personnel, researchers identified a phenomenon known as “virus interference.” Virus interference is when vaccination against one virus (like the flu) increases the risk of getting other viruses, especially respiratory viruses. Researchers in Ohio compared the health outcomes of vaccinated versus unvaccinated personnel. They found that those who got the influenza vaccine were at higher risk of contracting coronavirus and metapneumovirus. “Examining virus interference by specific respiratory viruses showed mixed results,” the study’s author, Gregory Wolff, an epidemiologist and biostatistician, explains. “Vaccine derived virus interference was significantly associated with coronavirus and human metapneumovirus…” (source).

Other research has led to similar concerns. A team of scientists investigating the link between vaccination coverage in those over 65 years old and COVID-19 infection and severity, found a strong correlation between the flu vaccine and fatalities in Europe, but not in the United States.

“Our analysis indicates that receiving seasonal influenza vaccination(s) in the past might be an additional risk factor for the elderly in terms of enhanced susceptibility to infection with SARS-CoV-2 and higher likelihood of lethal outcomes in case of infection,” the researchers explain (source).

Sweden asked people to avoid public transportation and work from home if they were able. They never mandated a mask-wearing policy. Unlike Italy, Sweden did not force quarantines. Most importantly, perhaps, Sweden never closed their elementary schools. So Swedish children have not been living in fear.

Despite worldwide concerns that Sweden was mishandling COVID-19, this Scandinavian country has had much better outcomes than America. In fact, Sweden now has one of the lowest rates of new cases of any country in Europe, according to the New York Times. According to Sebastian Rushmore, MD, coronavirus is basically over in Sweden. Rushmore, an emergency room doctor based in Stockholm, explains:

I haven’t seen a single covid patient in the Emergency Room in over two and a half months. People have continued to become ever more relaxed in their behaviour, which is noticeable in increasing volumes in the Emergency Room. At the peak of the pandemic in April, I was seeing about half as many patients per shift as usual, probably because lots of people were afraid to go the ER for fear of catching covid. Now volumes are back to normal.

When I sit in the tube on the way to and from work, it is packed with people. Maybe one in a hundred people is choosing to wear a face mask in public. In Stockholm, life is largely back to normal. If you look at the front pages of the tabloids, on many days there isn’t a single mention of covid anywhere. As I write this (19th September 2020) the front pages of the two main tabloids have big spreads about arthritis and pensions. Apparently arthritis and pensions are currently more exciting than covid-19 in Sweden.

Many parents are scared to let their children have play dates or even participate in sports. Schools in many states are distance/online only. I know someone who only allowed the family to drive by and wave after his baby was born.

The recovery rate for coronavirus among infants and teenagers is close to 100 percent, as you can see from the COVID-19 statistics above. But how will our children recover from not seeing their grandparents, not celebrating birthdays and other milestones, spending all day every day in front of computer screens, and living with constant anxiety and fear?

I know a gifted, energetic, and award-winning third grade teacher on Long Island who is required to teach most of the day online. She’s so upset by how her students are suffering that, for the first time in her life, she wants to quit her job.

My colleague’s motivated and brilliant daughter, who just turned 21 and attends an Ivy League college, has decided to drop out.

My friend’s 16-year-old son spends all day in his room on his computer. He’s become so sedentary that he’s now having neck problems.

Teenagers are feeling so lonely, isolated, and fearful that they’re contemplating self-harm and suicide. Adults are too.

Americans are erupting with negative emotions. They’re reporting each other to the police and beating each other up over non-compliance with mandated virus mitigation measures. The airports are ghost towns. Small mom and pop shops have had to close their doors. And so many people seem to be okay with accepting it all.

COVID-19 in America is indeed a crisis. But not because of the virus. Because of our response.

Kari, I read with interest

Kari, I read with interest the article in your link to "The Hill", about Sweden. Rather than showing some negative result in that country's efforts, it seems to show success. The last sentence here -

"Bloomberg noted that Swedes have faced more exposure to the coronavirus than residents in other Nordic areas and data published this week showed that every third person tested in Stockholm has tested positive for antibodies."

indicates Swedes (at least in Stockholm) have developed pretty good herd immunity, showing fully one third have had the virus and survived. (That's what "antibodies" are supposed to show).

Also the 2020 population of Sweden is about 10.4 million people. The article shows (using the number of deaths and cases cited there) that 2% had the virus and .06% (that's six one-hundredths percent!) died from Covid.  I haven't calculated the numbers for anywhere else in the world but I'm sure you'll agree that these statistics don't show much of a pandemic there.

So you tell me, did Sweden fare well or not?

I worked with Jill for two months and the results were stunning: my TSH dropped to normal and my antibodies were lowered to near remission. I started feeling normal again and that was the direct result of working with a knowledgeable and caring professional.