Reclaiming My Power: 11 Reasons I Left the Medical Matrix 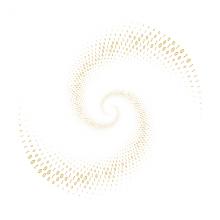 According to Webster, a matrix is something within or from which something else originates, develops, or takes form. The conventional medical matrix is what has developed from the belief that the human body is a collection of parts—like a machine—that’s inherently flawed and constantly at risk of breaking and falling apart.

This medical matrix was developed to save you from the horror of being human. If you’re a machine, you can trust the experts to “fix” you and then you don’t have to get into all that “emotional human stuff.”

That would be great if it worked.

If you leave one matrix, by the very nature of life, you create your own new one based on a different belief system or paradigm.

My holistic matrix begins with the belief that I can trust my body—that it’s designed to heal and regenerate for well over 100 years if I protect it from harm and provide it with the building blocks for healing. For me, this looks like (mostly) clean nutrition, phytomedicine/herbs, essential oils, sleep, exercise, meditation, and yoga. It also includes a combination of functional medicine, chiropractic, acupuncture, massage, Reiki, healing prayer, and many other modalities.

I would be remiss if I failed to mention this has been a 25-year process. I trust my intuition to a great degree, but I’m still amazed at my ability to resort to fear. I’m not opposed to emergency care but I’ve become a savvy consumer—you really have to weigh the cost/benefit of your decision from a place of clarity. Admittedly, this can be challenging when you feel emergency care may be necessary.

There are no guarantees in life and we each have to make the best decisions we can for ourselves and our loved ones. That said, below are reasons I’ve left the conventional medical matrix.

1: Iatrogenic disease is the third leading cause of death in the U.S. behind heart disease and cancer.

Iatrogenic disease is a new disease or disorder caused by medical intervention—including negative reactions to prescriptions and procedures, medical error, and medical care generally gone awry. Yep, you read that right. The very place you seek care may be the cause of your demise.

In a 2016 Johns Hopkins study, patient safety experts reviewed eight years of death rate data and found that over 250,000 people per year die of iatrogenic disease. They further state, “most errors represent systemic problems, including poorly coordinated care, fragmented insurance networks, the absence or underuse of safety nets, and other protocols, in addition to unwarranted variation in physician practice patterns that lack accountability.”

When I first learned this 25 years ago, I was shocked to say the least. Today, my eyes are far more open to the reality of the situation. When the researchers reference systemic problems what they’re saying is that the system is out of control. Poorly coordinated care means that doctors don’t communicate with each other…to the detriment of the patient. This, combined with a lack of safety nets and the variation in practice, means you can never be sure if anyone is truly synchronizing your care.

2: Medical doctors and consumers largely ignore possible side effects and risks of pharmaceuticals.

We all get “happy ears” when we’re in pain. We want to believe that there’s a quick fix that will eliminate the discomfort and we convince ourselves that “no one really has those side effects anyway.” Depending on the level of physical, emotional, or mental pain I’m in, perhaps the side effects are a distant concern.

Pharmaceuticals force your body to take an action—to instigate some type of response. They’re not nutritional supplements or herbs, they’re powerful, synthetic chemicals that more often than not have unforeseen or unheeded side effects.

When you think about it, your medical doctor has three tools to keep you coming back—the prescription pad, access to medical procedures, and access to diagnostic testing. These are the only tools in their toolbox and they tend to use them like a game of “whack a mole.” If you have a side effect from one medication, why not add another?

Part of my new holistic matrix was the decision to start with root causes before I even considered adding a pharmaceutical. Most chronic conditions (headaches, allergies, rashes, anxiety, depression, autoimmune disease, high blood pressure, etc.) are best addressed in a multifactorial way—holistically. They’re not the result of a pharmaceutical deficiency.

<<< To read the full article (all 11 reasons) as a PDF, please enter your name and email in the form above and on the left. If you’re on a mobile device, scroll to the bottom of your screen.

4: The common use of pharmaceuticals off-label is a dangerous “solution in search of a problem.”

According to a study in the esteemed Journal of the American Medical Association, “Off-label use of prescription drugs is associated with ADEs (adverse drug events). Caution should be exercised in prescribing drugs for off-label uses that lack strong scientific evidence.”

Shockingly, there’s no restriction on how a medical doctor may use a medication in common practice. According to the AMA Journal of Ethics, “Once a drug is FDA-approved for a specific indication, legally it can be used for any indication. Off-label prescribing is common; it accounts for 10 to 20 percent of all prescriptions written, although the practice is more common in specific patient populations like children1 and the elderly2.”

1 None of the studies we reviewed addressed the issue of parental consent for off-label use despite two studies reporting an adverse drug reaction secondary to off-label medication use. This may in part be secondary to the above-referenced American Academy of Pediatrics adopted policy that specifically states providers do not need parental consent if the medication use is supported by current evidence in the literature or a practitioner’s experience with the medication.

2 Quetiapine, an antipsychotic drug used for schizophrenia and bipolar disorder, is widely prescribed in elderly patients, increasingly for off-label indications such as insomnia, depression, anxiety, agitation, and dementia, in most cases with limited supporting evidence. In frail older adults, quetiapine can cause serious ADEs, even at low doses, among which hip fractures, orthostatic hypotension, and pneumonia have been reported. Moreover, the use of atypical antipsychotics in people with Alzheimer disease and other dementia is associated with an increased risk of mortality compared with placebo.

5: The current system is the “Great Experiment of Modern Medicine on Women’s Health.”

What I’ve noticed over the three decades of my adult life is that women are largely part of a real-time pharmaceutical experiment. From the beginning of modern pharma, most research was conducted on a male population. Researchers assumed that women would respond to medications in kind. This has proven false.

A prime example is the treatment of heart disease. Heart disease is the number one killer of women in the U.S. They present very differently from men and yet for years, were treated the same. While we’re on the subject of heart attacks—a heart attack is a medical emergency that warrants an emergency room visit. Yes, emergency care can be lifesaving. However, I would also argue that prevention of heart disease and much of recovery involves lifestyle medicine, including a holistic, whole-body assessment of contributing factors.

Synthetic hormone replacement therapy, modern bio-identical hormone replacement pellets or creams, and hormonal birth control (that eliminates a woman’s cycle altogether),  are touted as the fountain of youth, liberating women from the “troubling side effects” of being female. Rather than supporting and celebrating a woman’s unique physiology, these drugs often bankrupt the beauty and complexity of our female bodies.

Finally, antidepressants are handed out like candy to women. Setting aside that these pharmaceuticals have been shown to be no more effective than a placebo, they come with their own risks (agitation, anxiety, shakiness, flu-like symptoms, stomach aches, diarrhea, constipation, loss of appetite, confusion, insomnia, headaches, low sex drive, weight gain, and more). Rather than addressing underlying causes such as hypothyroidism, food intolerances, modern diets full of sugar and processed carbohydrates, polypharmacy (especially hormonal birth control), and nutritional deficiencies, primary care doctors are quick to suppress symptoms with the prescription pad.

The medical system can be disempowering to all patients because it begins with the premise that at some point, the human body will break down and need to be “fixed” by an expert. It’s based on a machine/mechanic model rather than viewing the body as a living, breathing organism that has the capacity to heal without any intervention.

As mentioned in the prior point, women have long been easy prey for this belief system. Yet we have sophisticated cycles that, when left to their own devices, follow the natural rhythms of the moon rather than some artificial, mechanistic model.

When women lose the cultural rituals of initiation into womanhood—blood rituals, natural childbirth, women’s circles—they lose their sense of inner knowing, power, and safety. Holistic psychiatrist, Kelly Brogan, MD, states in a recent interview about childbirth, “The medicalization of birth plants a seed of fear and distrust of the wisdom of the body and has the potential to set women up for a lifetime of abandonment and betrayal.”

She goes on to stress that women are wired to seek safety. In absence of a circle of women during childbirth and her man to protect her space, it makes complete sense that she would seek safety in the promise of modern medicine. (Note: I’m using woman and man in the context of the feminine and the masculine, not necessarily as a biological term.  We all have both masculine and feminine energies and the source of masculine energy a woman needs to support her need for safety during birth can come from a man, a woman, or a group of any gender holding a strong, safe space for her.)

Examples of this play out from childhood. We’re pressured to believe:

I would argue, quite convincingly, that there are more natural ways to mitigate or eliminate each of these that are both effective and empowering. And that it’s also fine if you choose to participate. As a woman, the disempowerment often stems from a lack of understanding of potential risks and that you have other options—which is an absence of true informed consent.

And that leads to the next point…

<<< To read the remainder of this powerful article as a PDF, please enter your name and email in the form above and on the left. If you’re on a mobile device, scroll to the bottom of your screen.

Spot on so far! I am keen to

Spot on so far! I am keen to read the rest of your article.

Hi Kasenya, scroll to the top

Hi Kasenya, scroll to the top of this page and enter your name and email and the full PDF will arrive in your inbox.

please send the full pdf. Thanks.

Hi Betsy, scroll to the top

Hi Betsy, scroll to the top of this page and enter your name and email and the full PDF will arrive in your inbox.

Hi Patricia, scroll to the

Hi Patricia, scroll to the top of this page and enter your name and email and the full PDF will arrive in your inbox. 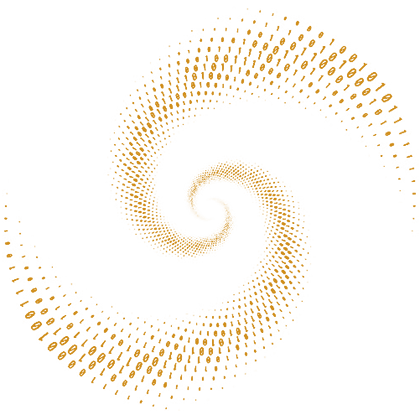 When I began working with Jill, I was so stuck and confused about how to manage my symptoms of hypothyroidism. I felt overwhelmed by the information I was finding about thyroid health and needed direction and support. Jill provided that and more, and helped me sort it all out.