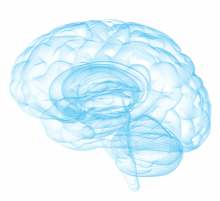 Last September, I wrapped up a program with a lovely, 41-year old client – a professor, Kim, who, when we first began working together, said, “I went into – and then came back out of and now seem to be going back toward – menopause. Right now, my labs indicate that I’m perimenopausal; however a year ago, my labs indicated that I’d gone through menopause.”

The conventional thinking is that 12 consecutive months without a menstrual cycle means that you’ve gone through that mid-life rite of passage known as menopause, also known as “the great unveiler.”

The average age of menopause is 51.

All it took was one conversation with Kim for me to know that she was not post-menopausal. I just…knew.

Firstly, she was 10 years younger than the average onset of menopause. Are there outlier situations where women go into menopause early, even in their late 30s? Sure. But nothing from her history or current situation – or symptoms – indicated that the myopic diagnosis of “early menopause” was her path.

She’d tried a few things, including progesterone cream, acupuncture, and working with a gynecologist, with no results.

I was viewing this situation as a case of amenorrhea (absence of menstruation), not menopause. And she was thrilled to know that I believed she could begin cycling again.

I don’t want to tell Kim’s whole story and outline everything we did in her program, but again, she was in good health, outside of some mild hypothyroidism and Hashimoto’s (relatively low antibodies) and only a mildly maladapted cortisol cycle, telling me that her adrenals weren’t shot. She also had intermittent sleep issues.

As I tell everyone, your thyroid and adrenal status has everything to do with how you move through your 40s and early 50s – and past menopause. I learned this many years ago, starting with my Restorative Endocrinology course from Dr. Janet Lang, who said, “Many women have started cycling regularly again after supporting their thyroid and adrenals.”

[Now available: the #1 best selling cookbook, The Essential Thyroid Cookbook: Over 100 Nourishing Recipes for Thriving with Hypothyroidism and Hashimoto’s.]

I’ve since seen many of my clients witness complete alleviation of their hot flashes and night sweats simply by virtue of what they’ve done to improve their thyroid and adrenal health. But I digress…

I asked Kim a lot of questions around the typical causes of amenorrhea, like a history of an eating disorder or extreme exercise, among other things. None applied to her, with the exception of some perfectionist tendencies and being a member of the cult of accomplishment. I could relate!

But that wasn’t enough to explain things.

By the end of her program, she experienced several improvements, but still no period.

And sleep was still an issue. Given everything else that was going well, I was convinced that her dose of Armour was too high, which can cause anxiety and sleeplessness – especially when you’ve walked through immune modulation and your thyroid status has improved. I explain this phenomenon here.

I asked Kim to speak with her doctor about being overmedicated. And I asked her to please let me know when she got a period – not if, but when. :)

In March, she reached out for a follow-up session and a new set of labs, most of which were good, with the exception of high TSH (thyroid stimulating hormone). Her thyroid antibodies were still trending down (and not that high to begin with) and her other thyroid hormones were barely out of the functional reference ranges.

And despite her high TSH, she didn’t have any hallmark symptoms of low thyroid function.

Something hit me in this session.

It was something we’d talked about in our amenorrhea conversations from months past, but it all came together in a way that was like a real slap on the forehead – the hypothalamus.

The hypothalamus is a gland in the brain that is considered the most essential of the endocrine system. It:

We have three hormonal axes that originate from the hypothalamus:

When I told Kim I thought that hypothalamic axes dysregulation was at the root of everything:

I don’t know a lot about hypothalamic support, other than stress reduction (adrenal stress hormones can affect the oh-so-sensitive hypothalamus, so yes, there’s a feedback loop with the HPA axis) and cranial sacral therapy to support cerebrospinal fluid flow.

I asked Kim to start getting cranial sacral work right away, which is a gentle, noninvasive massage modality that addresses the bones in the head, spinal column, and sacrum. (I’ve done it many times and it’s amazing – even my toddler has had it a few times to keep ear infections at bay.)

Less than a month later, she wrote:

“I just wanted to give you an update on my health. Following your advice, I started getting cranial sacral massage. I’m also taking a tiny bit of maca, only 15 mg of Armour, and 75 mg of compounded progesterone. I bought an air purifier and am sleeping on my futon rather than my toxic mattress. As a result of who-knows-exactly-what, I’m sleeping like a champ, and I just had a period. My doctor is blown away (and delighted) by this. I give credit for much of this healing to our work together. Thank you.”

I concur – who-knows-exactly-what got her cycling again. If you remember, she’d previously tried progesterone, with no results. But I believe in my heart of hearts it’s the cranial sacral work. I just…know.

But the body has an amazing capacity for homeostasis. In other words, you don’t have to take a diagnosis of “early menopause” lying down.

(If you truly are pre/perimenopausal, this can help.)

Great information. Thanks for

Great information. Thanks for sharing it!

WOW Jill , you just gave me

WOW Jill , you just gave me hope!! What are your thoughts on women that have had whiplash & this scenario of "early menopause"  THANK YOU for this article!

Before connecting with Jill, I spent years trying many things (diets, pills, fasting you name it). There were changes here are there but most were short-lived and I didn’t have a roadmap or direction as to how to sustain anything long run, which made it very frustrating.