I Had to Buy Bigger Jeans 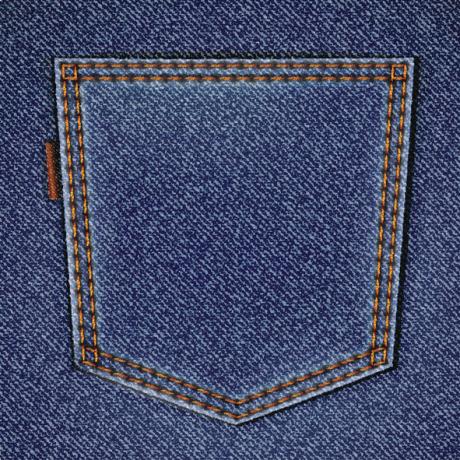 I would lament to my mom that I wanted to lose weight. She was concerned—as she should’ve been. I had no business losing any weight and when I reflect back on it, it was like…what was I thinking?

I never developed an easing disorder, thankfully, and in fact, I gained 20 lbs my freshman year of college. The horror!

Then I really started whining about my weight. But the late-night pizza and beer didn’t cease. I was having too much fun. Plus, the cafeteria food was no match for my mom’s cooking, to say the least.

My mom used to say, “Don’t worry about it and it will come off.”

I thought, “You have to be kidding me! Don’t worry about it?”

She’d say, “You’re stressing too much and stress makes you put on weight. And dieting just makes you think about food all the time. Just relax about it.”

I just couldn’t believe that what she was telling me was true.

I tried dieting, but hated every minute of it and never went the distance.

I’m now 50 and my weight has fluctuated somewhat over the last three decades. And after I went through menopause four years ago, I put on a little weight, but I didn’t really care. It’s normal and I wasn’t going to obsess over it.

Neither my diet nor exercise had changed. Nor my supplement routine. I chalked it up to, “Oh well.” But I’ll tell you what I didn’t chalk it up to…aging.

After digging my heels in (and suffering a tight waistband for too long), I broke down in October and bought two new pairs of jeans.

And you know what? It felt good. Really good. I bought two stylish pairs that fit really well. I loved how they hugged me in all the right places and I thought, “This isn’t so bad. I don’t feel like worrying about this.”

I even found myself standing a little taller. You know, owning it.

I owned it so much that I had no desire—like zero—to fret about Thanksgiving.

Besides, I like to walk my talk and I wrote this post, Thanksgiving: Eat, Drink, and Don’t Worry, five years ago. (While Thanksgiving has passed for this year, I ascribe to the same philosophy for the December holidays as well.)

We hosted this year and did it up with a traditional meal that included gravy, stuffing, mashed potatoes slathered in butter, and two kinds of pie. The works.

While everything was gluten-free (a non-negotiable), I ate lots of dairy and eggs (two foods I eat very little of (not because of the fat content—fat is good)) and even had a breakfast of donuts one day.

(A vegetable-packed frittata is a super easy thing to make when you have a house full of people. I typically wing it, but I used the Tomato, Kale, and Leek Frittata recipe on page 185 of my Essential Thyroid Cookbook (doubled the recipe) and added a few things like garlic, red onion, and spinach. You can get a sample cookbook by scrolling to the top of this page and looking on the left. If you’re on a phone, see the bottom of this post.)

I’ve never been an over-eater, but I ate everything I wanted, when I wanted.

Now, backing up, right before Thanksgiving, I noticed that my new jeans were getting a little looser. I thought, “Oh, I guess they’ve stretched out a little.”

We’re now a week post-Thanksgiving (along with the post-holiday weekend that was full of leftovers and other goodies) and my new jeans don’t fit anymore. They’re too big.

To say that I’m happy is an understatement, but what I’ve really reflected on is how my mom was right.

“Don’t worry about it and it will come off.”

I’m not saying that this is the decade’s new “weight loss trend,” but I do know that freaking out about a few pounds gained is a non-starter. We know that cortisol, a stress hormone that gets jacked when we’re under duress, is nicknamed “the belly fat hormone.”

Additionally, many people “stress eat” and when cortisol is dysregulated, blood sugar can also go haywire. One of the primary counter-effects of dysregulated blood sugar? Mad cravings for sugar and processed carbs.

We also know that the parasympathetic (rest and digest) nervous system response is more conducive to weight loss than the sympathetic (fight or flight) response, which diverts energy away from digestion, to the limbs and extremities, so we can fight or flee.

In the vein of letting go and being thankful for my life, I’ve been pretty relaxed about my recent weight gain and in the end, after radical acceptance, my body responded in kind, even with the donuts.

Yes, I’m still kind of in disbelief at how things have shaken out and how it just melted off, but if anything, it reinforces that the body will do what it’s supposed to do and maintain relative equilibrium if we initiate the relaxation response. It really is the natural order of things.

Now I just wish that I had my hip new jeans in a smaller size.

Thanks for this post Jill!  I've had the most stressful year of my life and my weight is showing it.  I am at my highest weight yet and I'm 50.  So things are definitely working against me and I've been a bit stressed over it.  This was a comforting read :)

Thank you for sharing,

Thank you for sharing, Kimberly. I’m sorry it’s been a tough year. I highly recommend letting your parasympathetic nervous system take over, if you can. The free Adrenals download/resource on my homepage (the blue banner right under the rotator at the top) is a great guide for supporting and nourishing the adrenals.

Thank you for the post, Jill. I've struged With Hashimoto's for 22 years. They recently took my thyroid out due to cancer & now the Dr's can't regulate it. I've gained 20 lbs so far & it keeps climbing no matter how much I eat, don't eat, or exercise.

Hi Trishia, so sorry to hear

Hi Trishia, so sorry to hear this. If I could make two strong recommendations, it would be to optimize both digestive and liver health so that you absorb your thyroid hormone replacment to the best of your ability. Actually, three recommendations…adrenal support as well.

Working with Jill was such a wonderful, positive, and educational experience. I learned, grew, and now feel healthier than ever. Jill has the unique ability to connect and build a great rapport and then provide such great support.