From Total Hair Loss to a Mohawk: Part Deux 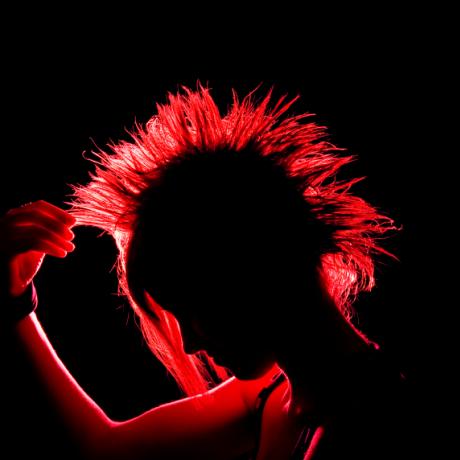 In October, I wrote a story about:

The email response was overwhelming. This story really struck a chord with a lot of our readers for both personal reasons (some had alopecia) and to express empathy for Rachel.

<< Please enter your name and email in the form on the left to receive alopecia-specific information and posts, including important updates on my upcoming Reversing Alopecia masterclass series – you can participate from anywhere in the world, on your own time.

In short, the story is about my journey, as well as the journey of a young girl who, after a few years of patchy hair loss and ultimate total baldness, began re-growing her hair shortly after starting her coaching program with me.

[You can find the original story here and go here to see the head of curls she’d grown as of April 2016. December 2017 update: Here is “Rachel’s” abbreviated story as published in Experience Life magazine, showing her incredible progress.]

While a few of our clients have had alopecia areata (spots), Rachel has been our first client with total scalp loss (alopecia totalis). I have now have an “official” alopecia program.

I want to make it clear that although Rachel’s mom said that they had tried “everything” before coming to me, I don’t take credit for Rachel’s progress. As I tell everyone, “I’m just providing information, it’s up to you to do the work.” And Rachel has done the work.

In the last few months, several have reached out to ask, “How is Rachel doing? How much hair does she have? Can you share a photo?”

In December, I posted a short update with a photo on our Facebook page, but today’s post is a more substantive update about Rachel’s progress, although I think the photos speak for themselves.

Firstly, I didn’t want to pester Rachel for a photo. While her progress has been incredible, she’s self-conscious, as she still doesn’t have a full head of hair. (But I know she will.)

I get it. I was in my early teens when I got my first (pretty big) spot smack on top of my head. There were no curls to cover it up – I had a pixie cut. I was mortified.

So while Rachel doesn’t have a full head of hair, the substantial growth that she does have is staying put; her immune system isn’t attacking these newly-generated follicles. This is major progress.

And according to the medical community, any loss adjacent to the neckline is the slowest to regrow. From my experience, I can attest. The peppering of spots that I got last fall are mostly grown in (with short hairs, of course), but there is one stubborn spot above my ear that has a dot in the middle of regrowth and the little donut around it is still smooth.

With conventional (and dubious) treatments of alopecia, the drugs can stimulate follicles where there is loss, but then there is loss elsewhere on the scalp (or body) because the root of the condition isn’t being addressed. Treat a spot, get a spot.

As I told Rachel’s mom, who has joined Rachel on this emotional roller coaster, “At least Rachel isn’t playing whack-a-mole: ‘the practice of repeatedly getting rid of something, only to have more of that thing appear.’”

A short summary of the last few months of Rachel’s continued journey:

At times, Rachel plateaued with her areas of regrowth, which was distressing and deflating, given her vigilance with her program. This young girl has had incredible determination and commitment to an anti-inflammatory, immune modulatory diet.

She stuck with the “elimination” phase of the Elimination Provocation diet for MONTHS. Not weeks, like we typically suggest. She was so reluctant to reintroduce any potentially inflammatory food, for fear of hair loss, less regrowth, and a return of her cystic acne.

Earlier this winter, she had, at times, reintroduced a couple of foods here and there. And it didn’t go well – she had considerable reactions. So her commitment to the full Elimination phase of the diet was renewed.

But she wasn’t happy. She started having major cravings and was discouraged. And I don’t blame her. If you’ve worked with us, you know that we don’t like strict diets, much less strict diets long-term.

In February, Michelle, Rachel’s mom, wrote, “Rachel is not in a good place right now. She’s in a serious funk and she’s very tired.”

I wrote back, “I think she’s experiencing the law of diminishing returns. What worked for a while isn’t working (or isn’t working as well) because that restrictive of a diet isn’t meant to work long-term. And I think her fear about adding foods back in and experiencing symptoms has a stronghold on her. I understand where she’s coming from. But now, the stress of maintaining this diet and the fear around food could be backfiring. We know that stress and fear up the ante on antibodies and autoimmunity.”

So, shortly after, Rachel began adding a few foods – the same ones she reacted to a few weeks prior. And…no reactions. More progress.

She wanted to wait to reintroduce other foods until after spring break. So she’s currently moving further through her provocation phase.

I also tell people, “It takes a village.” To that end, because Michelle has expressed continued frustration with the lack of integrative/holistic medical practitioners in their area, I recommended that Michelle take Rachel to see Dr. Amy Myers in Austin, TX, who is an expert in autoimmunity as well as MTHFR, which Rachel also has.

According to the National Alopecia Areata Foundation, “In all forms of alopecia, the hair follicles remain alive and are ready to resume normal hair production whenever they receive the appropriate signal.”

I shared this with Michelle, who said, “This gave me chills. Several people told me the hair follicles were probably dead because it has been so long. Frustrating.”

I hope to share a photo of Rachel with a full head of hair in the coming months.

Update: Here she is with a head of curls >

Amazing really. I'm so happy for this little girl.

In all forms of alopecia, the hair follicles remain alive and are ready to resume normal hair production whenever they receive the appropriate signal.

Best line I've heard EVER. Love it and I truly believe in it, after seeing Rachels latest photo

The story of Rachel is very

The story of Rachel is very inspiring for all of them suffering through Alopecia. It is your greatness that you dont want credit for it, but after all it is your hard work which has started to show the result. Very happy for Rachel.

Aw, thank you, Tara. So nice

Any new updates at this time?

Any new updates at this time?

I just found out that what

I just found out that what you see in the photos above is almost down to her neck. The lower part of her skull is now growing hair. Her mother said that if it continues, she will have a hairstyle that looks like a short bob by the end of the summer.

WOw! very inspiring story. looking at the pictures I am amazed to see how she has recovered from time to time. it takes a lot of efforts and patient to get such results. i really appreciate rachel and you for getting through this and having such an amazing outcome.

Hi, Do you know if Rachel has

Hi, Do you know if Rachel has managed to get all her hair back? I hope she has had full success.

It's definitely possible in

It's definitely possible in any age to regrow your hair. But you have to be consistent and Patient in treatment. Am sure it was frustrating, but with your coaching, you made it possible for her to grow hair.

Jill, you do a fantastic job of straddling the line between conventional and holistic ways of treating the thyroid.