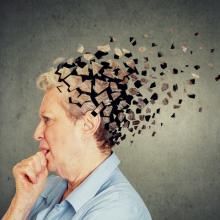 “Old timer’s disease” has become slang for the beginnings of Alzheimer’s. Although “old timer’s disease” has a variety of meanings, I mostly hear people use it when they’re referring to getting older and becoming forgetful. It’s usually followed by laughter and an acceptance of “this is just what happens as we age.”

Until recently, there hasn’t been a good understanding of the causes of Alzheimer’s. It wasn’t surprising when people began to forget details of their day, where they put their keys, or if they paid a bill. These behaviors were accepted as within the norm for aging.

You might be thinking, “Isn’t forgetfulness just my brain being full? Isn’t my brain just tired? Memory loss is normal, right? Isn’t it a part of aging?”

Functional medicine experts would answer loudly and clearly, “NO!”

If someone has a heart attack, they’re told to change their diet and introduce exercise. If someone has early stage liver disease, it’s suggested they avoid foods high in sugar, fat, and salt as part of a recovery plan. But if someone starts showing signs of cognitive decline (CD), there seems to be a sad, defeated response that they’re doomed to get worse.

In 2005, studies began to emerge describing Alzheimer’s as a third type of diabetes. Continued studies show the link between a poor diet, notably a high-carb diet, and Alzheimer’s disease. Dr. David Perlmutter, Dr. Datis Kharrazian and Dr. Dale Bredesen have done extensive research on how to reverse cognitive decline and even prevent Alzheimer’s disease.

So, what’s the difference between cognitive decline, dementia, and Alzheimer’s, and when should we be concerned?

Cognitive decline: Cognition is the mental action or process of acquiring knowledge and understanding through thought, experience, and the senses. Cognitive decline is a general decrease in these abilities.

Dementia: A broad cognitive decline in which many mental abilities are lost. Memory loss is often one of the early symptoms. Other symptoms include difficulty with reading, writing, speaking, following a conversation, reasoning, calculating, organizing, and planning. While there are many causes of dementia, Alzheimer’s is the most common.

Alzheimer’s disease: This type of dementia is evidenced by amyloid plaques and neurofibrillary tangles. These plaques and tangles are not the cause, but the evidence of Alzheimer’s.

Subjective cognitive impairment (SCI): Worsening cognition that is noticeable to the individual. Standard neuropsychological testing will still show the person in the normal range. SCI can last a decade or so before progressing to MCI (see below).

These types of changes are not normal.

Dr. Dale Bredesen, author of The End of Alzheimer’s, says there are more than 36 identified potential factors and abnormalities. The good news is that once you begin to address what Dr. Bredesen calls the 36 “holes in the roof,” not all of the abnormalities will have to be addressed. When enough factors are addressed, the rest of the holes slam shut.

The treatment to prevent or reverse cognitive changes can sound complex and overwhelming. The beauty is that the body knows what to do if you give it the right conditions.

If you’re experiencing changes in your cognitive abilities, don’t wait to take action.

If your car was dripping oil onto the garage floor, would you stop the leak immediately or would you wait for the problem to grow into a huge, slippery mess? You get the picture.

Balancing hormones, removing heavy metals if present, reducing toxins, and building our social networks are all “holes in the roof” that need to be fixed.

Addressing these contributing factors—and others—is how I support those suffering from cognitive issues, including supporting their spouses, partners, and/or caretakers.

Just “knowing” isn’t enough. We now understand that simply having the information on “what to do” is often not sufficient to affect change, especially when cognition is impaired and those affected (including family members) feel overwhelmed.

It can be challenging to know where to start and sequencing is everything. This is where personalized coaching can change lives. Working with an experienced guide (who’s been there!) can help integrate the “lifestyle medicine” that’s been proven to work.

In my Cognitive Decline program, we take an individualized approach in learning how to reverse what has now been shown, in fact, to be reversible. Yes, you can correct cognitive decline with a precise, focused, sequenced plan.

There are reasons for our cognitive changes. The changes are not an accident.

With every little change, our brains swing towards health.

Jill helped me weed through all of the conflicting information. She also got me on a healthy and simple program that has not only been good for my thyroid and endocrine system but my acid reflux is gone!