Hormones and Their Effect on the Brain 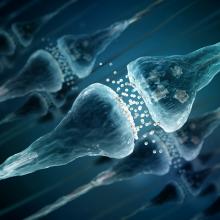 When you hear the word “hormones,” what comes to mind? For many, it’s reproductive and steroid hormones: estrogen, progesterone, testosterone, etc.

And what conditions do you associate with hormonal imbalance? For most, it’s…

This second set of symptoms may come as a surprise. It did to me.

Worsening posture? Datis Kharrazian, DHSc, DC, MS, in his book, Why Isn’t My Brain Working?, explains our posture is neurologically based. As we lose various aspects of our nervous system integration, the tone of our spines change, our heads move forward like a turtle’s, and walking becomes impaired.

If I have learned anything, it’s that the body’s systems are interconnected, not a separate set of organs and glands operating independently.

While many factors play a role in cognitive decline, hormones affect everything, especially our brains. Dr. Kharrazian goes on to say that hormonal imbalances affect neurotransmitter activity, can lead to brain inflammation and degeneration, and speed the aging of the brain.

Neurons (nerve cells) communicate by discharging a chemical called a neurotransmitter, which must travel across a small, empty space to reach the next neuron. Inflammation, hormone imbalances, and blood sugar dysregulation can all sabotage neurotransmitter function. So clearly, if the neurotransmitter can’t make a connection, our cognitive function will suffer as well.

For a neurotransmitter to communicate with a neuron, several ingredients are necessary. The neurons have “antennae” called receptors, or dendrites, that reach out for what they need to do their job. And some of these ingredients are…you guessed it, hormones.

The following hormones have powerful effects on specific receptor sites:

This list from Dr. Kharrazian highlights just how important our hormones are to our emotional and cognitive health.

(If you’re a visual learner, like me, you might enjoy this short video from Khan Academy on neurons and how they function.)

Common, But Not Normal
You know the drill. We’ve come to expect women to be moody at “that time of the month.” But contrary to popular belief, PMS (premenstrual syndrome) isn’t normal. The irritability and moodiness that some women experience before their periods is largely a symptom of hormone imbalance.

Likewise, we expect perimenopause (which can last years for some women) to be riddled with unstable moods: anxiety, depression, insomnia, and sometimes rage and hysteria.

Many perimenopausal women frequently report feeling like a demon has taken over their brains. And as a society, we’ve come to accept these symptoms as “normal” when in reality, these cognitive struggles are largely preventable.

Speaking of menopause, a conventional misunderstanding persists that as estrogen and progesterone production decreases to the point that a woman is no longer ovulating and having a monthly cycle, we no longer need these hormones. Nothing could be further from the truth. As Dr. Janet Lang said, “We may not be reproducing a life, but [we] are reproducing [ourselves] for the rest of [our] lives.”

And men are no exception to the phenomenon of hormone-related cognitive issues. You’ve probably heard the term “grumpy old man.” The frontal lobe of a man’s brain is saturated with receptor sites for testosterone and low testosterone (“low T”) is often behind this phenomenon. It robs them of their virility, drive/motivation, and general wellbeing and can lead to depression and general grumpiness.

Dave Asprey, founder and CEO of Bulletproof, lost 100 pounds without counting calories, increased his IQ by 20 points and became a #1 best selling author by learning about his own biology and applying techniques to improve every aspect of his life. He discusses low testosterone here.

Symptoms of low testosterone also include: loss of cognitive function, memory problems, and the progression of dementia in Alzheimer’s. In his book, The End of Alzheimer’s, Dr. Dale Bredesen writes, “Men in the lowest quintile of testosterone concentrations are at increased risk for Alzheimer’s disease.”

This is no way to spend our “golden years.” Contrary to what we’ve been led to believe, it’s entirely possible to feel vibrant, energetic, happy, and sharp as a tack as we age.

The Thyroid Connection
As mentioned above, thyroid hormones impact ALL of the neurotransmitters in both men and women. ALL of them!

Thyroid dysfunction is so common, it deserves a deeper look. If you have low thyroid function (hypothyroidism), you likely need some cognitive support. Dr. Kharrazian says, “A mismanaged thyroid condition is a mismanaged brain condition.”

Three of the most common symptoms of hypothyroidism are fatigue, depression, and brain fog and research has shown that thyroid function is suboptimal in many people with cognitive decline. In fact, many functional medicine doctors say that when someone is suffering from depression, always assess thyroid function first.

Hypothyroidism and Hashimoto’s (autoimmune hypothyroidism) need to be managed carefully. Simply replacing the missing thyroid hormones does nothing to address the deteriorating thyroid condition caused by Hashimoto’s, which is responsible for well over 90 percent of hypothyroid cases in the U.S. Nor does it address other causes of thyroid dysfunction such as chronic stress, high testosterone in women, and environmental toxicity.

Thyroid hormones have a direct effect on microglia cells, which are the brain’s immune cells that have receptor sites for hormones. Sufficient levels are so important to healthy brain function that microglia cells produce hormones on an ongoing basis. This means that the brain receives hormones from two areas: the body’s endocrine (hormone) system and the brain’s microglia cells.

The “Paint Brush”
Our endocrine system produces the majority of the hormones the brain uses, which enter through the blood-brain barrier. Dr. Kharrazian refers to the endocrine hormones as “the paint on a large brush.” As the brush goes back and forth across a wall, the brush misses patches here and there. Yes…it’s the endocrine system that has the largest influence on the brain, but the hormones made by the microglia cells fill in these small gaps.

Microglia cells need DHEA, an androgenic or “male”/steroid hormone, to make testosterone and estrogen. It’s made throughout the body, including in the adrenal glands, liver, testes in men, and ovaries in women. The majority of DHEA released into the body comes from the adrenal glands.

[Go to our homepage to download our free Restore Your Adrenals chapbook—just scroll down a little to the teal area.]

DHEA is easily found in supplement form, but is only recommended when lab testing indeed shows that levels are low and then, for a relatively short period of time and relative low dose.

As the adrenal glands begin to sputter due to chronic stress, a process called “pregnenolone steal” comes into play. The body adapts to the stress by “stealing” pregnenolone (“the mother of all hormones”) from cholesterol to make more cortisol (a steroid hormone).

Can you guess the most common cause of pregnenolone steal? Blood sugar imbalances. High-carbohydrate diets (we’re talking mostly refined carbs here) and the repeated insulin surges are extremely taxing to the body, keeping it in a constant state of stress.

Dr. Sara Gottfried, gynecologist and author, tells the story of her grandmother’s fondness for sugar and alcohol, plus the loss of estrogen. Her grandmother started showing signs of Alzheimer’s at the age of 50. Dr. Gottfried writes, “If you remember nothing else from this column, know that rising blood sugar leads to metabolic inflexibility, which decreases plasticity of the nerve cells, particularly in the hippocampus, the part of the brain involved in memory consolidation and emotional regulation.”

Critical: Cholesterol
The other ingredient that our microglia cells need to manufacture hormones is cholesterol, which is just upstream from pregnenolone.

Go here to view a Hormonal Pathways flowchart, showing how cholesterol sits at the top of our hormonal throne and how pregnenolone sits directly under it.

Many functional medicine practitioners believe that cholesterol less than 150 is too low for healthy hormone, brain, and immune function.

Cholesterol provides the precursors to phospholipids, a fatty compound that makes up much of the brain. One of the chief complaints in people who maintain a low cholesterol diet is depression. Poor cognition and memory are also common.

The word “hormone” comes from the Greek word horman, meaning “to impel or set in motion.” Our hormonal molecules are messengers—they’re produced in one place, such as the pituitary, for example, and send signals via the bloodstream to another site, such as the adrenal glands.

And as you can see, if one hormonal pathway starts to falter, it can lead to a cascade of other issues, especially given that our endocrine system is one interdisciplinary unit and that no organ or system operates as a silo.

Functional medicine seeks to find the root causes of hormone imbalances and fix them, not just medicate them. No one is a perfect hormonal specimen. But working towards some semblance of balanced hormones, with proper testing and treatment, can resolve a lot of health and cognitive issues.

Stay tuned for what to do if you think your hormones could be impacting your memory, motivation, mood, or decreased energy level. There’s so much you can do to feel better!

I couldn’t recommend Jill more – she has insight and knowledge that I have never come across in the eight years of trying to find answers.