Vitamin D and the Brain 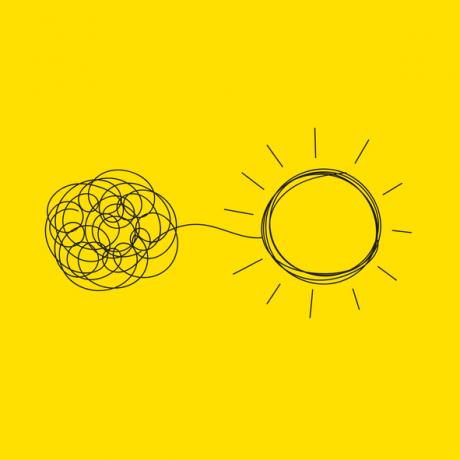 Recently, I wrote a post on hormones and their effect on the brain. Most people don’t think about hormones as having any impact on our cognitive function and unfortunately, there’s a prevalent acceptance that the brain operates “separately” from the body and becomes broken. And that there’s little we can do about it.

The goal of my prior post was to communicate that hormones have a significant impact on the brain and that optimizing hormones is necessary for aging well and maintaining brain function.

The role of Vitamin D is a bit confusing because of its name—it has properties of both a hormone and a vitamin and is crucial for overall health.

The discussion around hormones can be a fair bit for some to take in. I didn’t mention Vitamin D in my previous post, but when it comes to cognitive function, each hormone deserves focus and explanation. Below is a discussion around Vitamin D, its effect on the brain, and how to know if you’re getting enough.

It’s fat-soluble and naturally present in only a handful of foods. The food source with the highest level is cod liver oil. One tablespoon contains 1360 IUs, or more, of Vitamin D. Many of us have parents or grandparents who took, or are taking, cod liver oil. Older folks have told me they “swear by it” for “everything.” Not a very “scientific” statement, but they are definitely onto something.

Vitamins fall into two categories: fat-soluble and water-soluble. The type of solubility has to do with how the vitamins are absorbed and transported, whether or not they can be stored in the body, and how easily and quickly we excrete them. The fact that some vitamins can be stored means that they can build up toxic levels, which isn’t good for the brain.

Insufficient Vitamin D is Associated with Cognitive Decline
It travels through the blood and tissues and enters our cells. Once inside the cell, it binds to receptor cells. Receptors are the way our brain cells take in information and Vitamin D has its very own receptor called Vitamin D receptor (VDR). Original right? Once Vitamin D attaches to the receptor, it enters the nucleus of the cell that houses our DNA. This is where genes get turned on or off.

So, let’s stop to make a connection here. Lifestyle choices seem to be dismissed as an effective way to reversing disease. I didn’t grow up with a strong message of how to be healthy…optimally healthy. Sure, there were messages of “eat your vegetables, drink your milk,” but nothing about the damage we were doing to our bodies and brains by poor food choices and lack of exercise and fresh air.

Well, information is plentiful now and it’s my mission to help spread the word.

If we choose to eat foods that contain Vitamin D (again, of which there are few), make it a priority to get out in the sun (the best source), and supplement (if our lab testing shows we have a deficiency), the likelihood of activating our genes so they can operate properly skyrockets.

How do sufficient Vitamin D levels benefit us? Here’s a short list:

Insufficient Vitamin D has been linked to:

To prevent or reverse cognitive decline, the brain must create more synapses than the ones being destroyed. Remember, a synapse is the junction between two cells. They must communicate in order for the cells to remain healthy and functioning. Vitamin D helps regulate enzymes in the brain and cerebrospinal fluid that are involved in manufacturing neurotransmitters and stimulating nerve growth.

Research has shown a 25% risk reduction in cognitive decline in persons with higher levels of Vitamin D. In 2014, a study was published that followed 1658 elderly individuals. At the beginning of the study, they did not have dementia. Five and a half years later, those with the lowest levels of Vitamin D had more than double an increased risk of Alzheimer’s.

So, how much Vitamin D is enough? Correcting insufficient levels can take a few months of consistent supplementation and/or sun exposure. Doing so will significantly improve your entire body’s chemistry, from bone health to brain health.

Functional medicine recommends the serum level of 25-hydroxycholeciferol to be between 50-80 ng/mL. Physicians used to think 25-30 ng/mL was healthy (and many still do). But functional medicine strives for optimal health.

How to Increase Vitamin D
Sunlight is the best source. Jill interviewed Dr. Greg Plotnikoff for the educational component of her Essential Thyroid Cookbook (Vitamin D is critical for thyroid and immune function too!) and he said, “We know that Vitamin D is free from the sun. A general guide is that you can make Vitamin D from sun exposure if your shadow is shorter than you are tall.”

Season, time of day, length of day, cloud cover, smog, skin melanin content, and sunscreen are among the factors that affect UV radiation exposure and Vitamin D synthesis. (Speaking of sunscreen, most are toxic. And did you know that you can eat your sunscreen?)

Of course, it’s best to get tested and know your numbers. This gives you a starting point to know how much supplementation is warranted, especially if your sun exposure is insufficient.

You can ask your physician to test your D or order your own kit here. (Scroll down to “Nutrient Panel.”)

The following foods contain Vitamin D, but if your levels are low, you’ll likely need to supplement.

Cod liver oil wins with 1360 IUs per tablespoon. In a distant second, at 566 IUs, in a 3-oz. serving, is swordfish. From there the numbers decrease significantly.

If you’re in the U.S., you can go here to open a Fullscript account, where you’ll get 15% off the MSRP of only the best, highest quality supplements. You can find some of our favorite Vitamin D supplementation in the Cognitive Health section of our catalogue and you can use the Search function to find your favorite products.

As we love to say, “Food first.” But because Vitamin D is so critical to the brain and body, it’s likely that supplementation is needed. As Jill quotes Dr. Plotnikoff in her Essential Thyroid Cookbook once again, “Vitamin D replenishment is the single most cost effective thing we can do in modern medicine.”

Vitamin D is not a single-shot “cure” for cognitive decline. But without enough of it, our cognitive function can struggle.