What About Baricitinib for Alopecia? 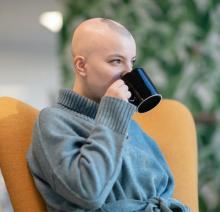 Disclaimer: I’m not a licensed medical provider. The views expressed in this post about immune response modifiers are strictly opinion, based on my own research and experience with my clients. Please work with your medical provider to determine what pharmaceuticals are best for your condition and situation.

The FDA just approved the sixth iteration of JAK (Janus kinase) inhibitors for alopecia and I’ve been receiving a lot of email asking what I think about this latest and greatest addition, Olumiant (Baricitinib).

Just because it’s newly approved for hair loss doesn’t mean it’s great because none of them are great and in fact, immune response modifiers can be downright dangerous.

If these immunosuppressants worked (and I realize there are variations in how they modify the immune response), why are there now six of them?

At the end of the day, I don’t like any drugs for the reversal of alopecia—or any autoimmune condition—with the possible exception of LDN (low dose naltrexone, which has never been touted as a cure for autoimmunity). I’ve been very vocal—with my clients, my Reversing Alopecia course participants, and in my Hair Loss ebook—that immunosuppressants are incredibly risky.

In fact, the FDA has added a black box warning on all approved JAK inhibitors.

This Isn’t Easy to Digest…
As this abstract states, “This is a warning difficult to ignore because the data, being from a randomized controlled trial, are of high fidelity and hard to reproach. It is especially problematic because safety data for all the other JAK inhibitors will be pending for several years.” I don’t know about you, but I don’t want anything modifying my immune response. And I’m uninterested in anything with death as a potential side effect.

As the conclusion in this article states, “In this international study, we identified significant increase in reporting of adverse event for the first three marketed JAK inhibitors compared with reporting of adverse events for other drugs. We confirmed some adverse effects such as infectious events and embolism and thrombosis which were already known and mentioned among cautions for use. Our results also lead to increase vigilance regarding malignancies for ruxolitinib, tofacitinib and baricitinib as well as gastrointestinal perforations for tofacitinib.”

If, in fact, we do see this tsunami, and more and more people are prescribed JAK inhibitors, but they put themselves at “serious” risk of heart events, cancer, death, and clotting (which again, can be a double whammy, given our current situation), what are we doing here?

Lastly but equally importantly, JAK inhibitors inhibit and suppress the immune system. This is why they’re called immunosuppressants. The conventional medicine argument is that they put a smackdown on an overactive immune system (an autoimmune condition), which can, in some cases, incite a seemingly miraculous and near-immediate “cure” for an autoimmune condition (like a head of hair).

But what they also do is inhibit and suppress your body’s defense against pathogens—they can impede your innate immune system. In other words, in addition to other serious side effects mentioned above, they can make you prone to getting sick.

I’ve seen this play out with my clients—a few have said something like, “When I took the JAK inhibitor, I got sick and felt like it took a long time to recover.” Or, “I used to rarely get sick. Now it’s just a rolling case of [a bad cold, the flu, a sinus infection, an upper respiratory infection].

It’s Not Your Fault: We Live in a Quick Fix Society
I know, when you’re losing (or have lost) your hair, you want your hair back yesterday. And I’m not here to shame anyone, I’m here to warn you about some potentially life-altering risks.

I’ve seen the photos of people going from alopecia totalis or universalis to a head of hair after taking Xeljanz. But each time, I ask myself…what does this person’s future hold? I also question at what point their hair will fall again, given that the root causes of the loss haven’t been addressed.

Trust me, there’s another way.

While all of these are concerning, the last point here really gets me because most are going to know if they have the prior six issues. But not everyone knows if they have an active infection. In fact, in my work with clients, I’m often uncovering infections, such as Epstein-Barr (which isn’t always active), SIBO, H. pylori, or Lyme or a Lyme co-infection.

The more I work with the alopecia community, the more I’m convinced that the vast majority do, in fact, have an infection, which, as many in the functional medicine community have said for years, is one of the legs of the stool of autoimmunity.

So again, what are we doing with these JAK inhibitors, exactly? Why is there a new one “approved” for alopecia? And why are doctors not testing people for infections before handing these drugs out like candy?

This post isn’t meant to scare anyone. I guess you could call this an article about advocating for yourself—and asking for true informed consent, which is something we’re very passionate about and what everyone should be asking for with the COVID shots, too.

I take a very different approach to reversing alopecia—or any autoimmune condition—but I know this isn’t for everyone. I have a heart and a deep caring about the alopecia community and my hope is that whether you work with me or not in my private coaching practice or my Reversing Alopecia Roadmap course, you seriously consider whether a (potential) full head of hair is worth risking your longterm health and wellbeing.

Jill gave me valuable insight and tools on how to deal with my adrenal fatigue. By following her program, I feel healed and like myself again!