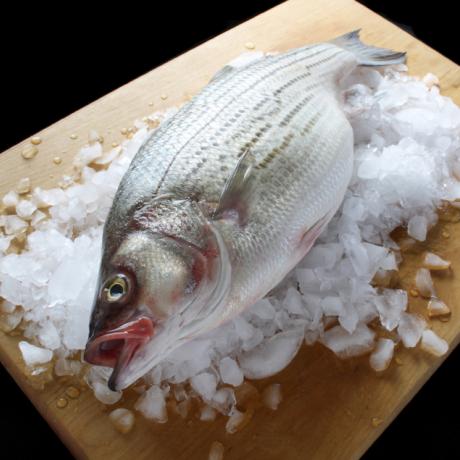 You’ve likely heard about the powerful healing properties of bone broth. Everyone is talking about it – and for good reason.

The collagen/gelatin in broth helps to heal the intestinal lining (critical for those with Hashimoto’s), it’s high in minerals that help with bone growth and repair, it helps relieve pain and inflammation, and it’s a major immune booster.

If that weren’t enough, it will also make you more attractive! Broth helps to create gorgeous skin, hair, and nails.

But this isn’t another post about the broth that everyone’s talking about (although you can get our delicious recipe for healing bone broth here).

There’s a different type of broth that can significantly boost thyroid function.

According to Sarah Pope, The Healthy Home Economist, “Broth and soup made with fishheads are rich in iodine, thyroid-strengthening substances, and fat-soluble vitamins. Although a fish does not have an actual thyroid gland, but rather diffuse thyroid follicles with many located in the head (notably around the eye area and the pharynx), the good news is that these follicles are very similar to mammalian thyroid tissue.”

(You can find my two-part tome on the controversy around and benefits of iodine here: 1, 2. But I’ll never dispute the importance of iodine from food sources.)

But don’t give up on your regular broth! Just like it’s a good idea to rotate probiotic strains, it’s also a good idea to rotate your broths. And if you’re on a gut-healing protocol, like an Elimination/Provocation Diet, it’s important to make sure you’re getting your collagen- and gelatin-rich chicken broth daily.

Sarah states that fish broth should be made with a non-oily species like snapper or rockfish, as making it with oily fish can be stinky and the oils can rancidify during simmering.

Lastly, she says, “Because you can make a pot in just a few hours, you can make it as needed rather than making huge batches and freezing large quantities. Just a dollar or two can make a gallon of stock in a hurry.”

Place water and fish heads/bones in a 4 quart stockpot. Stir in vinegar while bringing the water to a gentle boil. As the water first begins to boil, skim off any foam that rises to the surface. It is important to remove this foam as this is impurities and off flavors. Reduce heat to a simmer for at least 4 hours and no more than 24 hours. Cool and then strain into containers for refrigeration. Freeze what you will not use in one week.

Thank you very much Jill, for

Thank you very much Jill, for this very portant information& recipe!! I already make chicken bone broth & honestly haven't all my life eaten seafood ( I'm 48) this very well may do it for me to start!!! I certainly want to feel better!!!

Jill’s brought an entirely new dimension to my nutritional learning. She is an incredibly upbeat and genuine person and I really felt cared for in our work together.