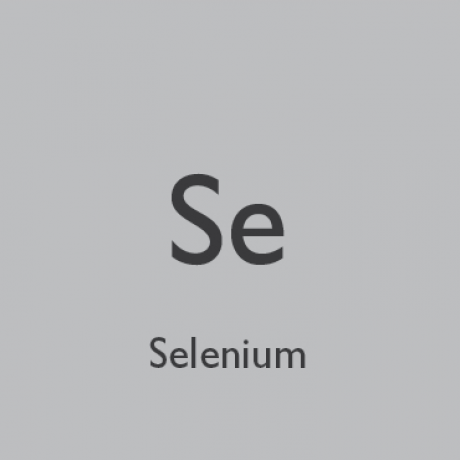 This post is the eighth installment in my ten-part Minerals and Your Thyroid series, where I’m highlighting eight thyroid-supportive minerals (iodine is two parts) and one troublemaker: fluoride.

If iodine is “the big daddy” thyroid mineral, then selenium is surely “the big mama.”

Many don’t realize the critical role that minerals play in thyroid function – however many are privy to the benefits of selenium specifically. In fact, a common question I get is, “How much selenium should I take?”

The short answer? Maybe none. But that’s not to say that selenium supplementation is never warranted. Let’s discuss.

The Triple Play
When it comes to a healthy thyroid, the importance of selenium simply can’t be underestimated. As such, I’ve nicknamed selenium “the thyroid triple play” because it:

According to Chris Kresser, “Several research studies have demonstrated the benefits of selenium supplementation in treating autoimmune thyroid conditions. One study found that selenium supplementation had a significant impact on inflammatory activity in thyroid-specific autoimmune disease and reducing inflammation may limit damage to thyroid tissue.”

He continues, “Another study followed patients for nine months and found that selenium supplementation reduced thyroid peroxidase antibody levels in the blood, even in selenium sufficient patients.”

According to Dr. David Brownstein, “Selenium has been shown to slow the progression of autoimmune thyroid disorders.”

Dr. Richard Shames recommends 100 micrograms per day (remember, micrograms, not milligrams) and some doctors recommend as much as 200 micrograms, which is the dose you’ll find in many multi-vitamins.

Note that I say over-supplementation. Too many read about the benefits of selenium and say, “Ooooh, I’m going to get myself a bottle of that!” and overdo it. More isn’t always more.

I’ve seen too many people fall prey to the “too much of a good thing” thing: anxiety, anxiousness, monkey mind, irritability, sleep issues, and even heart palpitations as a result of going gangbusters with supplementation.

But…this may be an oversimplification of what’s often happening for some people.

Firstly, it’s not a given that those supplementing with selenium, even in the face of a selenium-rich diet, will experience these symptoms. And there’s another significant factor that can contribute to this overstimulation.

Let’s harken back to Part 1 of my Your Thyroid + Iodine miniseries, where I stated that one well-publicized discovery was that if you have an excess or deficiency in selenium (the big mama), you’re likely to be intolerant of iodine (the big daddy) supplementation. That “intolerance” of iodine can lead to the same symptoms I list above.

Regardless, here’s another situation where, as I’ve mentioned a few times in this Minerals series, there’s a checks and balances with mineral intake.

In my post on iodine, I quote Mario Renato Iwakura, a Brazilian engineer and Hashimoto’s patient who is thoroughly well-versed in Hashimoto’s literature. 1, 2.

He states, “…evidence emphasizes the need for balance between iodine and selenium. Just as iodine without selenium can cause hypothyroidism, so too can selenium without iodine. Both are needed for good health.”

Likewise, Kresser states, “If you do have Hashimoto’s or Graves’… and you’re considering taking iodine, you want to make sure that you’re getting at least 200 micrograms of selenium combined from food and supplements each day. Adequate selenium nutrition supports efficient thyroid hormone synthesis and metabolism and protects the thyroid gland from damage from excessive iodine exposure.”

The Gut: a Case for Selenium Deficiency
Those with autoimmune conditions have some level of leaky gut – even if it’s mild. But those with full-blown gastrointestinal disorders (Celiac, Crohn’s, ulcerative colitis, etc.) are at much greater risk of selenium deficiency due to compromised digestive absorption.

In these cases, I do recommend selenium supplementation while simultaneously healing the gut.

Reuse, Recycle
If you’ve been tuned into the world of Hashimoto’s and autoimmunity for any amount of time, you’ve likely heard of glutathione, a superpower antioxidant that significantly strengthens the immune system and is considered by many functional medicine doctors to be one of the pillars of fighting Hashimoto’s.

It also fights cancer, viruses, and bacterial infections and protects against inflammation and allergies.

It’s considered “the master antioxidant” and Dr. Mark Hyman says that it’s the most important molecule you need to stay healthy and prevent disease.

When free radicals begin to destroy your body’s tissue, glutathione will absorb the attack, sparing tissue and minimizing destruction.

And get this. It then gets recycled so it’s ready for action again. Amazing. And guess what helps with that recycling? That’s right – selenium. (And Vitamins C and E.)

Dr. Datis Kharrazian says, “The overall effect [of glutathione recycling] is to dampen both the autoimmune reaction and damage to body tissue. It also helps body tissue and the intestinal tract regenerate and recover.”

He continues, “Glutathione is like the bodyguard or Secret Service agent whose loyalty is so deep that she will jump in front of a bullet to save the life of the one she protects. When there is enough of the proper form of glutathione in the body to ‘take the bullet,’ no inflammatory response occurs. However when glutathione becomes depleted, it triggers a destructive inflammatory process.”

* These foods are considered “goitrogens,” but we bust the myth that they slow thyroid function here.

Troublemaker: Mercury
Mercury, like fluoride, which I’ll cover in two weeks, is a major troublemaker for the thyroid. The reasons are beyond the scope of this post, but let’s talk about mercury’s association with selenium.

Mercury has been shown to bind to thyroid tissue and inhibit proper thyroid function. According to Dr. David Brownstein, “Because mercury binds so tightly to our tissues and enzymes, the body has a very difficult time disposing of mercury. [And] selenium is one of the most potent chelators (binders) of mercury.”

Additionally, Brownstein states that “… the enzyme that converts the inactive thyroid hormone T4 into the active hormone T3 is an enzyme dependent on adequate selenium levels.”

But here’s the Catch-22. Mercury can displace selenium. So even if you’re getting adequate selenium, the mercury may be displacing it. So then the selenium doesn’t have the capacity to act as a mercury chelator.

Many have reported significant improvement in their hypothyroidism/Hashimoto’s by removing their mercury/amalgam fillings. I had mine removed in 2003 and it wasn’t a big deal.

Just MAKE SURE that you work with a dentist who knows what the H-E-double hockey stick they’re doing.

For one, they need to use a throat dam so that the mercury vapors aren’t inhaled during the removal process. Holy smokes, talk about high risk for serious recontamination.

Summary
Again, don’t over-supplement with selenium. I think the same holds true for any form of supplementation.

According to Kresser, “Further research is needed to determine the long-term clinical effects of selenium treatment on inflammatory autoimmune thyroiditis. The long-term effects of supplementation on thyroid health are still unknown.”

My suggestion is to make sure that you’re getting plenty of selenium from selenium-rich foods. ‘Tis true that our soils aren’t as mineral-rich as decades past, but when you consider that one Brazil nut is said to be an adequate daily dose of selenium, maybe you want to consider three.

Other benefits of selenium:

** I’m not a fan of tofu. I’m not categorically against soy, but I believe it should be fermented, as in tempeh, miso, or natto, and only consumed in moderation.

What is the best test to find

What is the best test to find out Selenium levels?

You list barley as a selenium rich option but I didn't think barley was approved for those with Hashimoto's as it's not a gluten free grain...?

Good point. Some people with

Good point. Some people with low thyroid function don’t have the autoimmune component, although most do. This is a list of selenium-rich foods and it’s up to each of us to know what our limitations are. But again, good point!

I eat a Brazil nut everyday

I eat a Brazil nut everyday to get Selenium

That is very interesting; you

That is very interesting; you are a very skilled blogger. I have shared your website in my social networks! A very nice guide. I will definitely follow these tips. Thank you for sharing such detailed article.

Great post. I've read in other studies that mercury binds to selenium in the system, with the resulting HgSe being inert. So the selenium is tied up and cannot fulfil its ordinary function. According to studies N-acetylcysteine, selenium and zinc is a good combo to pull out both elemental mercury (from fillings) and methylmercury (fish)

When I began working with Jill, I was so stuck and confused about how to manage my symptoms of hypothyroidism. I felt overwhelmed by the information I was finding about thyroid health and needed direction and support. Jill provided that and more, and helped me sort it all out.