Bromine and Your Thyroid 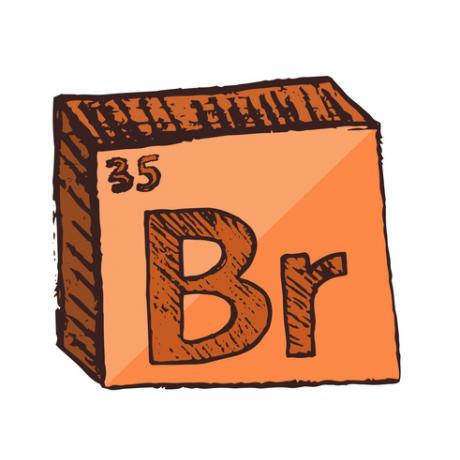 It starts on March 23: our all-new and updated Fire Your Thyroid online course for those with hypothyroidism and Hashimoto’s. Learn more >

For those with Hashimoto’s (autoimmune hypothyroidism, which well over 90% of people with hypothyroidism have), these factors can include abstaining from gluten, healing the gut, and being mindful of endocrine/hormone disruptors, including reducing toxic body burden, to name a few.

What many don’t realize is that there’s a commonly-found endocrine disruptor that’s one of the biggest thyroid offenders—bromine. And when I say “commonly-found,” I do mean common.

The problem is that bromine is a halide that competes for the same thyroid gland receptors that uptake iodine, interfering with thyroid hormone production and often resulting in hypothyroidism.

And we know how important iodine is for thyroid function. The thyroid’s job is to absorb iodine and combine it with the amino acid tyrosine. It then converts this iodine/tyrosine combination into T3 and T4.

Halides are chemical components of halogens—iodine is part of the halogen family that includes bromine, chlorine, and fluorine. These halides are similar enough to iodine that our thyroid will absorb them. They then accumulate, displacing iodine. So even if you’re getting adequate iodine intake, which many of us aren’t, you can’t use it. It’s referred to as the Bromine Dominance Theory.

Common sources of bromine include:

Highlight: flame retardants
Polybrominated diphenyl ethers, or PBDEs, the organobromine compounds used as flame retardants, have been banned in Europe, but not in North America. They’re found in mattresses, pillows, upholstered furniture, carpet padding, and electronics.

I don’t like alarmist tactics, but the health implications of flame retardant chemicals are nothing short of staggering. Many studies have linked PBDEs to:

Some studies suggest that exposure to PBDEs lowers TSH (thyroid stimulating hormone) during pregnancy, which can have implications for maternal health and fetal development.

According to the Environmental Working Group, “PBDEs are found in the bodies of nearly every American. Laboratory studies show that exposure to minute doses of PBDEs at critical points in development can damage reproductive systems and cause deficits in motor skills, learning, memory and hearing, as well as changes in behavior. In addition, they persist in the environment and therefore bioaccumulate in people.”

In his article, Flame Retardant Causes Altered Thyroid Hormone Levels, Dr. Joseph Mercola states, “The U.S. implemented fire safety standards in the 1970s that over time has led to more and more products adopting the use of PBDEs to meet the stringent regulations. For example, as of July 1, 2007, all U.S. mattresses are required to be so flame retardant that they won’t catch on fire even if they’re exposed to the equivalent of a blow torch!”

In my mind, the biggest PBDE offender is commercial mattresses, given that we spend one third of our lives in bed. There are now many eco/green mattress companies. I don’t have a recommendation at this time—I purchased three wonderful organic mattresses a few years ago from a company that has now, unfortunately, gone out of business. I’m not going to make a recommendation—or make money from an affiliate link—when I haven’t tried something myself.

How to minimize bromine exposure:

How to excrete bromine:

While we live in a world where it’s impossible to steer clear of all toxins and endocrine disruptors, one of your best defenses is offense. I realize that switching out a mattress can be a big expense. If your mattress is relatively new and it’s too soon to scrap it, you can minimize the toxic exposure by encasing it inside an organic, waterproof cover. Not plastic! To add another layer of protection, put an organic topper on your mattress.

Additionally, you don’t have to buy an in-home sauna (although I do have a mini sauna and love it)—many gyms have saunas.

In the end, I feel that keeping bromine exposure to a minimum is pretty straightforward. All of the other recommendations listed above are relatively simple.

Let’s keep that iodine where it needs to be—in the thyroid gland!

Jill, you are so right [about the thyroid] and I love what you have learned! Your mom is lucky to have you looking out for her. Can I adopt you?